SSC has planned further the recruitment of 67768 posts through the online examination conducted by Staff Selection Commission (SSC). The call letters will be issued for 15247 posts as soon as possible. It is a great opportunity for the candidates who seek the Central government jobs.

The call letters will be issued by various government departments in the next few months. The complete information is not provided yet. But it is a great relief for the candidates who seek their jobs in the Central government sector. Likewise, PM Narendra Modi has announced 10 lakh jobs in 18 months. The preparing candidates can utilize this article for future references. 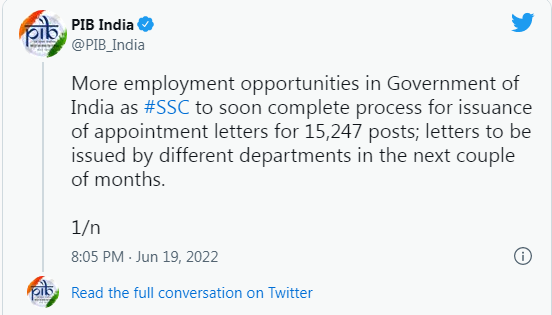 Q. What is the deadline for the recruitment of SSC released 42000 vacancies to fill 15247 posts?

A. December 2022 is the deadline for the recruitment of SSC released 42000 vacancies.

A. Here we have provided the article about SSC 42000 vacancy 2022. The aspirants can check and make use of it.